Insolvency during the state of emergency

The insolvency procedure, with all its mechanisms and actors involved in it, represents the artificial lung of any company that has become insolvent. This is the reason for which insolvency files cannot be suspended, as the continuous dialogue between the court, practitioner and creditors is not only necessary but also mandatory.

However, the exceptional situation we are currently dealing with has implications for the insolvency procedures already opened, as well as for those procedures that should have been opened following the fulfilment of legal requirements.

On 16 March 2020, Decree 195/2020 of the President of Romania instituting the state of emergency on the territory of Romania (the “Decree”) as a result of the crisis generated by SARS-CoV-2 in more than 150 countries was published in the Official Gazette. Thus, Romania joins the European countries that have taken exceptional social and economic measures to institute the state of emergency such as Italy, Spain, Hungary, Slovakia, Czech Republic, Bulgaria or Finland.

As an exceptional measure, according to the Decree, the hearing of all disputes that are not considered urgent is suspended by operation of law, without the intervention of the parties being required.

The decree also establishes the rule according to which limitation periods and time-bars relating to the exercise of rights are frozen or suspended, as the case may be. Thus, limitation periods will begin or continue to run only after cessation of the state of emergency.

On a preliminary basis, we consider it appropriate to specify that, in our opinion, what is suspended in an insolvency procedure is only the trial of the case file meaning that the participation in hearings is suspended, but the procedure continues and cannot be suspended.

In this context, it is appropriate to analyse some of the effects of the suspension of limitation periods and time-bars relating to the exercise of rights laid down by Insolvency Law no. 85/2014, given that an increasing number of companies are threatened by financial problems, interest and penalties continue to accrue, labour costs must be borne and loan rates must be paid.

According to the Insolvency Law, the debtor in insolvency is required to submit to the tribunal a request for the opening of the procedure, within a maximum of 30 days from the occurrence of the state of insolvency, a threshold value of RON 40,000 of the outstanding and payable debts being taken into consideration when determining the state of insolvency, for receivables other than salary claims.

Thus, given the suspension of any limitation periods or time-bars relating to the exercise of rights, the debtors that do not have outstanding debts of more than RON 40,000 for a period longer than 30 days are no longer required to request the opening of their own insolvency procedure.

In return, in the case of debtors for which the 30-day deadline had already elapsed upon the publication of the Decree of 16 March 2020, the obligation to register the request seems to survive, even if the submission and settlement thereof will take place at a later time, namely after cessation of the state of emergency.

Measures to protect companies and soften the conditions for the opening of the insolvency procedure have been adopted in Germany, which postponed until September 2020 the obligation to declare insolvency within 3 weeks from the occurrence of insolvency.

If the deadline expired and all the conditions are met, although the request to open the insolvency procedure cannot be dealt with by the court given the provisions of the Decree according to which only urgent cases will be heard during the state of emergency, the creditor’s right to request the opening of the procedure has nevertheless arisen. Thus, the creditor will be able to file the request and the cause will be heard after cessation of the state of emergency.

According to art. 143 par. (3) of the Insolvency Law, “the holder of a current, certain, liquid and payable receivable that is outstanding for more than 60 days and of an amount above the threshold value, may request, at any time during the reorganization plan or after the payment obligations assumed in the plan are performed, the opening of the bankruptcy procedure.”

Taking into account the measure to suspend all deadlines, the creditors holding current receivables can only request the opening of the bankruptcy procedure for receivables not older than 60 days after cessation of the state of emergency and continuation of the term until the expiry of the time interval specified by the law.

According to the Decree, enforcement procedures can continue only in the cases allowing compliance with the sanitary discipline rules established by decisions of the National Committee for Special Emergency Situations, for the purpose of protecting the rights to life and physical integrity of the participants in the enforcement.

These decisions of the National Committee for Special Emergency Situations concern the protection measures to be adopted across the entire territory of the country for the purpose of preventing the spread of the Coronavirus infection, and, as regards enforcement procedures, aspects such as the restriction on the number of the persons who can participate in the public auction, the obligation to disinfect the spaces in which the auction is being conducted, as well as other similar measures of protection must be considered. As such, in principle, the recovery of the assets of the company in insolvency can continue, but in the case of public auctions, they could be suspended if the number of participants exceeds 50 persons and the location does not provide sufficient guarantees that the sanitary protection rules have been complied with.

The deadlines that elapsed on 16 March 2020 for which the obligation to undertake a certain measure had to be performed on 16 March 2020 will be extended until the first day after the end of the state of emergency. Given that the Decree of the President of Romania was published in the Official Gazette on 16 March 2020 and produces immediate erga omnes effects, the expiry of limitation periods or time-bars relating to the exercise of rights for which the last day was 16 March 2020 no longer occurs.

Exceptional situations call for exceptional measures and, as such, the suspension of limitation periods and time-bars relating to the exercise of rights appears to be a decision necessary in the current economic and social context. As regards the impact on the Insolvency Law, given that the provisions of the Decree may not be interpreted in a uniform way, and taking also into account the fairly high risk that an impressive wave of insolvency cases will occur in the following period, de lege ferenda – in a way similar to the German legislator – it would be recommended that the authorities specifically regulate the framework applicable to insolvency cases – so that they ease for the companies already experiencing financial difficulties the obligation to declare their own insolvency in the following months. 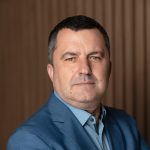