How far does one travel to the pharmacy? A competition perspective.

The new definition of the relevant geographical market considered by the Romanian Competition Council might have a significant impact on the future acquisitions / consolidations on the Romanian pharma retail market.

At the end of 2020, the Romanian Competition Council published its perspective on the amendment of the current definition of the relevant market for the retail of pharmaceutical (prescription-based and OTC medicines) and parapharmaceutical (food supplements, medical devices, child-care products, etc.) products in specialised stores (pharmacies).

This action intended by the authority is welcome, given that the previous definition of the relevant geographical market, namely the 3km radius absorption area around the target pharmacy (an area that could be reached by foot, by bus, by considering several routes, etc.) may not accurately reflect the competition environment on the retail market. The updating of this definition is all the more important given the number of acquisitions and important consolidations that took place over the last few years in the Romanian pharma retail segment.

The new definition of the relevant geographical market is proposed by the competition authority based on a market survey (according to the document published by the authority[1]) and considers a delimited area with a radius of no more than 1 km of walking distance around the pharmacy. The restrictive framework of the new definition may offer increased predictability in achieving the necessary market assessment (eliminating, among others, the difficulties that were generated by having to consider the traveling means towards the pharmacy – by foot, by car, etc.) and also, it seems to suit the consumer preferences and the on-field reality, particularly in the urban area where the density of pharmacies is higher. In 2019 there were over 6,000 pharmacies in the urban area and almost 4,000 in the rural area[2], considering also that the urban population segment is bigger than the rural one[3].

Another interesting point made by the Romanian Competition Council’s survey is the online trade vs traditional trade aspect. Thus, according to the survey, it seems that the online trade segment will not be included in the definition of the relevant geographical market given the consumers reluctance in buying OTC medicines and food supplements using this channel. However, the year 2020 seems to contradict this by demonstrating a significant increase in the online transactions and in the consumers’ desire to have remote access to products. Thus, the evolution of the online trade of OTCs and food supplements as well as its impact should be further looked at, given that the legislation regulating the online trade of such products has been in place for quite a while now.

It is possible that other retailers might appear along the pharmacy chains already on the market and active on the online segment and this could trigger an increase of the online trade of OTCs and parapharmaceutical products and a higher share of the online channel, similar to the transition that began a couple of years ago (and continues to happen) in the food and non-food retail market.

Under these circumstances, it is important that the online segment be evaluated correctly in each market survey, to avoid situations when the new definition proposed leads to erroneous conclusions (for example by establishing an artificial market share that does not consider the online segment).

Given the new and restricted definition of the relevant geographical market as well as its particularities, including in terms of how it relates to the online segment, any acquisition/consolidation in the Romanian pharma retail market will require a significant prior assessment, as to make sure that the framework of such a transaction is determined correctly and the clearance proceedings before the competition authority run smoothly.

[2] According to the information provided by the National Institute of Statistics: https://insse.ro/cms/sites/default/files/field/publicatii/activitatea_unitatilor_sanitare_anul_2019.pdf 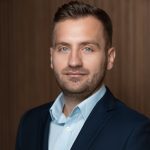