Following several controversial discussions in the public and political area in the last week, generated by the proposal of the mayor general of Bucharest to suspend the zonal urbanism plans for five out of six districts of the Capital, the General Council of the Municipality of Bucharest decided at the meeting of Friday, 26 February 2021, the suspension of the coordinating urbanism plans of districts 2, 3, 4 (the southern area), 5 and 6, respectively, of the Municipality of Bucharest (hereinafter “Coordinating PUZs”), for a period of 12 months (hereinafter the “Suspension Decisions”).

Although the intention with which the Suspension Decisions were adopted seems to be a good one, based on a certain public interest of the citizens of Bucharest, we consider that the envisaged procedure, carried out in a hasty manner, did not allow a rigorous analysis from a legal point of view and did not take into account all the situations and potential effects and consequences generated by such a decision.

Thus, the situation generated by the Suspension Decisions is unique as the administrative law does not provide for the express possibility of local authorities to suspend an administrative deed, but only to revoke it (even the revocation is limited in certain situations if the deed already produced civil, legal effects).

In this context, certain questions may be raised as to the legality of the Suspension Decisions. We set out to develop each one of them in what follows.

However, since there is a debate on the normative versus individual nature of a PUZ, there is a risk that courts consider that the suspension/ revocation can only be decided if it has not entered civil circulation. Considering that urbanism certificates or building permits have been already issued based on Coordinating PUZs, as it appears from the reports approving the Suspension Decisions, there are clear indications that these administrative deeds produced at least some legal effects, entered civil circulation, within the meaning of the law. For these elements there is a risk that courts consider that they could not be revoked, nor suspended.

The block suspension would affect the situations that have generated legal effects based on these Coordinating PUZs and could be challenged by the persons affected thereby. Some aspects are clarified (pending requests for construction permits – point 3 below), but there are still situations in which the Coordinating PUZs could be considered as already within the civil circuit (pending requests for urbanism certificates or even information urbanism certificates already issued that represented the base for another legal action of the owner).

According to art. 2, para. (4) of each Suspension Decision, the previous urbanism documentations will apply during the suspension period. In this case, we wonder how the notion of previous urbanism documentations could be construed – are these the former zonal urbanism plans that are no longer in force once the Coordinating PUZs were approved or is it the General Urbanism Plan of the Municipality of Bucharest?

According to the legal technique standards that define the abrogation of a normative deed, such abrogation produces a definitive effect, and it is not allowed to reinstate the initial deed through revocation of a previous revocation deed, as were the decisions approving the Coordinating PUZs in relation to the decisions approving the previous urbanism plans. Using the reasoning of the initiator, since the deeds of revocation do not allow the “revival” of the previous zonal urbanism plans, neither could the deeds of suspension produce such effects. The conclusion is that, in accordance with the provisions of the law, the Suspension Decisions could not produce effects in the sense of the reinstatement of the previous zonal urbanism plans.

In the absence of zonal urbanism plans, the development could only be done based on the provisions of the general urbanism plan (approved in 2000, corresponding to the reality of 2000 and extended until this day in unclear conditions from a legal point of view) or by adopting a new zonal urbanism plan. Given the fact that the general urban plan (PUG) requires the elaboration of a PUZ in most cases, this approach will seriously delay any ongoing project, given the long duration of approval of a subsequent urbanism plan but also the subsequent time needed to obtain the building permit.

The draft Suspension Decisions contained a provision in art. 2, para. (2) which could have given rise to real discussions and disputes. Practically, it was stated that the provisions of the Coordinating PUZs could no longer be applicable to any application for the issuance of the urbanism certificate or the building permit submitted before 26 February 2021.

However, according to art. 2, para. (4) of the published Suspension Decisions the processes for obtaining the building permit started based on the Coordinating PUZs will continue based on them. Thus, the Coordinating PUZs survive for those who started projects and submitted the related applications and documentation for obtaining building permits before the Suspension Decisions.

In the end, we can conclude that each Suspension Decision raises some questions as to its legality and we will continue to monitor the implementation of these decisions by the authorities and the generated effects. One thing is certain: the block suspension of the Coordinating PUZs risks harming persons who relied on their content. 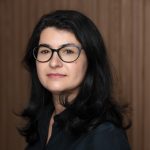 Ioana Roman
Partner
Mobile: +40 733 551 020
Ioana.Roman@filipandcompany.com
PrevPreviousClass Actions in the UE – there is strength in numbers!
NextPromotions within the Filip & Company teamNext