On 11 October 2020, Regulation (EU) 2019/452 of the European Parliament and of the Council of 19 March 2019 establishing a framework for the screening of foreign direct investments into the Union, adopted on 19 March 2019 (the “FDI Regulation”), became directly applicale in the Member States.

FDIs represent one of the main development sources of an economy and that is why it matters how each state relates to them. In the context of the crisis, the ability of an economy to attract sound foreign investments becomes even more important.

At national level, a draft emergency ordinance is currently undergoing the legislative process and is meant to cover the measures required for the application of the FDI Regulation, as well as to amend and supplement Competition Law no. 21/1996 (the “Draft GEO”); the Draft GEO is envisaged to get into force by the end of the year.

2. What does foreign direct investment mean according to the FDI Regulation and how does such an investment become subject to a screening

According to the FDI Regulation, foreign direct investments are those investments that meet the following conditions:

(i) are made or intended to be made by a foreign investor, meaning a natural or legal person from a third country;
(ii) they entail the carrying out of an economic activity in a Member State, including investments which enable effective participation in the management or control of a company carrying out an economic activity (e.g., the acquisition of shares in a company based in a EU Member State); and
(iii) aim to establish or to maintain lasting and direct links between the foreign investor and the entrepreneur to whom or the undertaking to which the capital is made available.

According to the FDI Regulation, the essential criterion used in establishing whether an FDI is subject to screening, is its likeliness to affect security or public order. This criterion is better explained by a series of specifications in the FDI Regulation, such as whether the FDI may affect, among others, (i) critical infrastructure, including energy, transport, water or health infrastructure; (ii) supply of critical inputs, including energy or raw materials, or (iii) access to sensitive information. Moreover, whether the foreign investor is directly or indirectly controlled by the government of a third country or whether there is a serious risk that the foreign investor engages in illegal or criminal activities, are also indications that a FDI is likely to affect security or public order.

3. Who does the screening of an FDI?

Thus, the Member States will have to send a notification to the Commission and to the other Member States on any FDI undergoing screening in their territory, as well as a list of Member States whose security or public order is deemed likely to be affected.

Furthermore, these rights of the other Member States and/or of the Commission may also be exercised in respect of those FDI in a Member State, which are not undergoing screening in that Member State.

4. How does Romania currently address an FDI?

Romania is no stranger to the concept of FDI screening and, at this time, the screening is made according to the procedures established by Competition Law no. 21/1996. According to the Competition Council’s notification, the Supreme Council of National Defence is the competent body to analyse the operations that are likely to affect national security.

In situations where an acquisition of control of undertakings or assets poses risks to national security, the Government, at the proposal of the Supreme Council of National Defence, will issue a decision prohibiting such acquisition.

For the application of these provisions, the Supreme Council of National Defence issued decision no. 73/27 September 2012 listing the areas in which the acquisition of control of undertakings or assets, respectively economic concentration operations, are subject to control, namely:

5. What does the Draft GEO propose?
5.1. Conditions for the screening of foreign direct investments

The Draft GEO stipulates that the FDIs that meet the following conditions will be notified to the Competition Council: (i) their value is at least the equivalent in RON of EUR 2 million  and (ii) their object of activity falls within one of the areas set out in the Decision of the Supreme Council of National Defence.

Furthermore, other FDI than those set forth above may undergo screening, if it is considered that they are likely to affect the national security or public order.

Moreover, the Draft GEO broadens the definition of the FDI stipulated in the FDI Regulation and includes also investments that allow a foreign investor to obtain, through the economic entity in which it invests, access to relevant information, systems or technologies that are likely to impact in any way the security or public order in Romania. However, portfolio investments are expressly excluded from the application of the Draft GEO.

5.2. The concept of foreign investor

The qualification of FDIs based on the control criterion is not surprising and has also been anticipated through the more recent approach of the National Bank of Romania, of interpreting the FDI statistics in terms of the final destination of investments.

The Competition Council will submit the notification to the commission for the screening of foreign direct investments (CEISD), which should complete its screening within no more than 45 days from the date on which the notification became effective.

If the CEISD considers that there are major security risks or if the votes of the CEISD members do not meet the majority required to issue the consent, the Competition Council may seek the opinion of the Supreme Council of National Defence. This opinion will be issued in no more than 90 days as of being requested.

Following its screening, the CEISD will issue a consent for authorisation (which will be followed by a decision of the Prime Minister), conditional authorisation, interdiction or cancellation of the FDI.

5.4. Impact of the new legislative framework on foreign investments and applicable sanctions

The Draft GEO changes the FDI approval regime in Romania and its broad definition makes the uncertainty of notification hover over any foreign investment.

In this context, foreign investors (and not only) must carry out a careful analysis of all the particularities of the investment they intend to make, in order to determine whether or not the obligation to notify applies to them.

Violation of the obligation to notify the implementation of an FDI or the provision of inaccurate, incomplete or misleading information in an application, a confirmation, a notification or a supplement thereto, constitutes a contravention and is sanctioned by the Competition Council with a fine from 1% to 5% of the total turnover obtained during the financial year prior to the sanction. 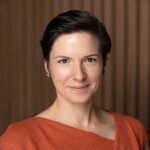 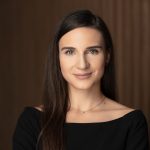