Perhaps as a result, the ICC was particularly preoccupied with flexibility and transparency, focusing its reform on 3 key areas:

We highlight below the most significant changes brought by the 2021 Arbitration Rules.

The 2021 Arbitration Rules add a new paragraph to Article 7 which essentially makes it easier for third parties to enter arbitral proceedings in the course of the arbitration.

Under the previous Arbitration Rules (the “2017 Arbitration Rules”), no additional party could join the proceedings after the confirmation or appointment of any arbitrator, unless all parties otherwise agreed. There was a concern that the additional party joining at this later stage would be deprived of the opportunity to take part in the formation of the Tribunal and therefore their involvement in the process would not be entirely consensual.

Under this new optic it is therefore possible to increase the number of parties without requiring the consent of all those already involved. This simplifies the procedures and would probably encourage more joinders in the future.

The ICC added to the joinder reform a consolidation reform, in its attempt to become more attractive to complex, multiparty disputes.

Perhaps the most important move made by the ICC is the addition of an express obligation of all parties to disclose any third parties that have entered into an agreement with them for the funding of their claims and which therefore have an economic interest in the outcome of the case.

The 2021 Arbitration Rules continue the trend of regulating the sensitive area of third-party funding, which has grown massively in scope. Previously outside any control, third-party funders could heavily influence the outcome of arbitrations, often creating conflicts of interest as they helped promote arbitrators, counsels and experts that were within their sphere of influence.

The need to disclose third-party funding, as a result, is related mostly to detecting conflicts of interest, but also to ascertain who will pay the costs of arbitration. Given the trends in international arbitration, beginning with ground-breaking cases such as Excalibur in the UK, it would seem that disclosure of third-party funders should pierce the corporate veil and reach indirect funders as well. Funders will also be liable for the conduct of the proceedings, and since the ICC will now be able to know of their existence, it will be much simpler to hold them accountable as such.

However, the wording of the ICC is still narrow enough for some funders to „slip” past this obligation, namely those who provide insurance for dispute resolution.

4. Party representation and conflicts of interest

Solving conflicts of interest is a major concern of the 2021 Arbitration Rules. In continuation of the third-party funder disclosure, the rules also clarify and reinforce the provisions on party representation.

This latter change is in line with the recent revision of the LCIA Rules[1], which contain similar provisions on the matter.

5. Appointment of the entire tribunal by the icc

The 2021 Arbitration Rules also added a broad clause giving power to the ICC to appoint the entire Tribunal, regardless of parties’ choices, in exceptional circumstances, in order to avoid “a significant risk of unequal treatment and unfairness that may affect the validity of the award”.

It is not yet clear what such unequal treatment and unfairness may entail. In international arbitration, there are controversial issues surrounding the composition of arbitral Tribunals which may be solved in this manner by the ICC. For example, in some multi-party arbitration cases, either as a result of joinders or because of the manner in which the applicable arbitration clause was drafted, one Claimant would appoint one arbitrator, while several Respondents would have to jointly appoint another. The ICC notoriously ran into trouble with such cases, the French Supreme Court having invalidated ICC awards in such situations, on grounds of the importance of protecting equality of the parties.

This remains the most potentially fractious of all changes, with case-law to be developed on the meaning of “unfair and unequal treatment” that may give rise to the application of such a clause.

In adaptation to the new global situation caused by the COVID-19 pandemic, the 2021 Arbitration Rules now provide for the possibility of the Tribunal to organise hearings via videoconference, telephone or other means of distance communication.

The 2021 Arbitration Rules are an interesting mix of giving the parties more leeway in expanding the scope and size of the arbitration and of restricting their rights by giving the Tribunal the power to censor some of their choices, in specific circumstances.

As the ICC progresses into the venue most suited for large-scale arbitrations, often including state entities, transparency and the need for the observance of fairness in proceedings will increase in importance, and the focus will shift from party autonomy towards them. 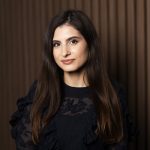 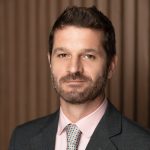 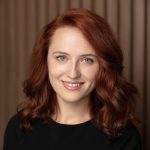